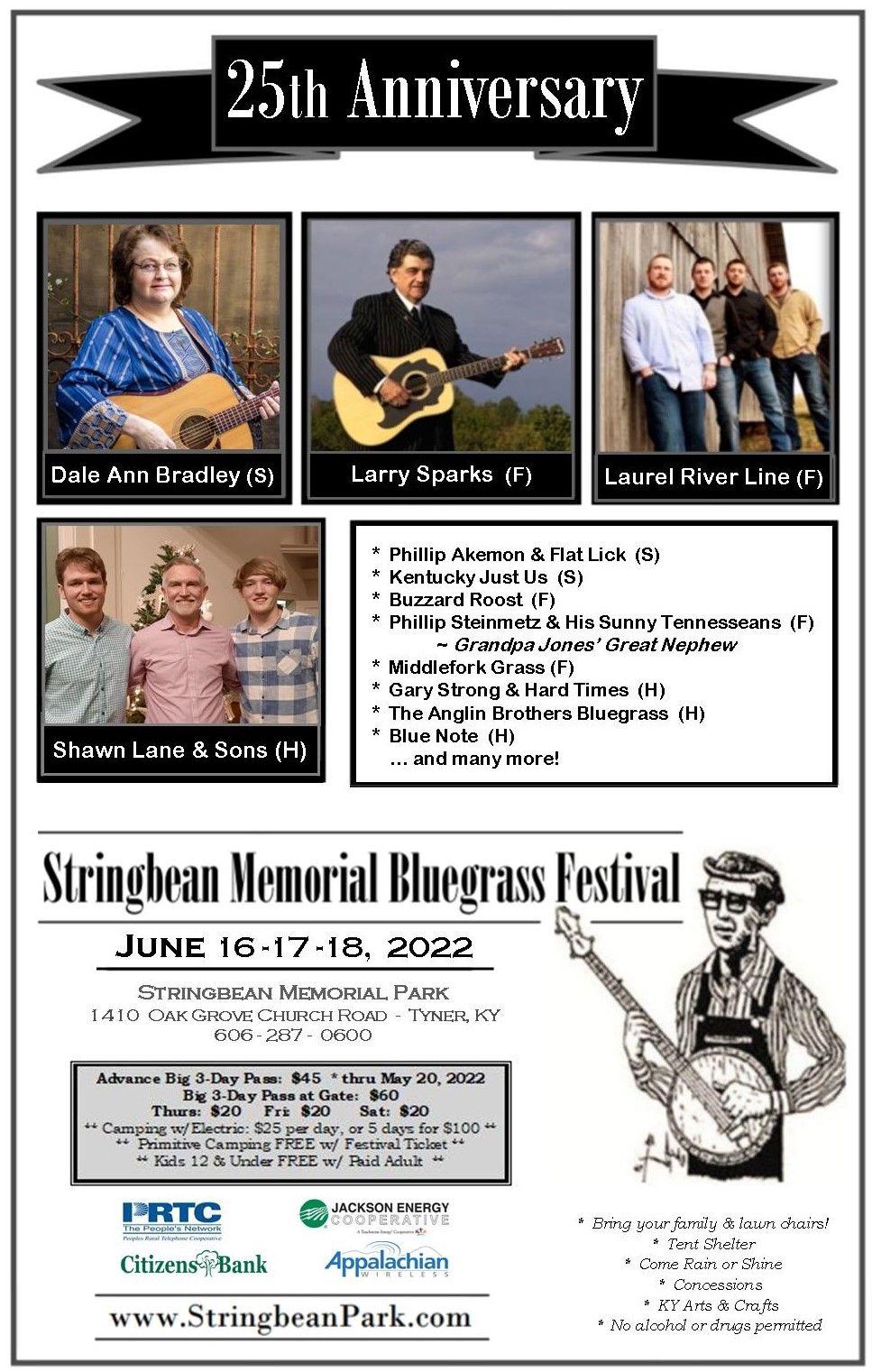 An Open Stage will also be offered for those who wish to sing at the beginning of each day's set schedule.  Daily Set Schedules are at StringbeanPark.com/Schedule.

Tickets are on sale now, with Single Day Tickets only $20, and a Big 3-Day Pass only $60 at StringbeanPark.com/Tickets.  Camping with electric is also available at $25 per day.  Camping Specials are also offered, with 5-days for $100, or 7-days for $120, at StringbeanPark.com/Camping.  Primitive Camping is free with a festival ticket.  Tickets and camping may also be purchased at the gate with cash only.  Kids ages 12 and under are admitted Free with a paid adult.

The first 200 purchases of tickets or camping at StringbeanPark.com for this year's festival will be automatically entered to win one of two autographed copies of a new book about Stringbean Akemon by Dr. Taylor Hagood of Florida Atlantic University.  The new book on Jackson County native Akemon will be published in upcoming months by University of Illinois Press, with the winners' copies being mailed directly from Dr. Hagood.  Promotion details are at StringbeanPark.com/Promo.

Celebrating its 25th event in 2022,  the festival honors Jackson County native and beloved Grand Ole Opry star David ‘Stringbean’ Akemon. His unique stage attire, traditional claw hammer banjo style, and entertaining stage banter endeared him to fans around the world. 'The Kentucky Wonder' was best known for his musical comedic performances on the hallowed stage of the Grand Ole Opry beginning in the 1940’s. and on the television series “Hee Haw” until his tragic death in 1973.   The festival is always held on the week of June 17, in honor of Stringbean's birthday.

With a rich history and beautiful locale at Stringbean Memorial Park, the festival is hosted by Stringbean Akemon's nephew, Phillip Akemon, and his family.   The Akemon family and their artists look forward to welcoming everyone to Stringbean Park!